Explore Bath's most famous areas with Tootbus. Discover the city's main sights with our Bath Discovery tour. Continue your visit of the city on foot using Tootbus' new feature: Tootwalk.

Listed as a UNESCO World Heritage Site, the city of Bath is one of the most beautiful places to visit in the UK. Moreover, it is quite representative of the country's history in its monuments and architectural ensembles.

Nestled in the south west of England, 25 km from Bristol and less than 2 hours from London, the city is well served by road and rail.

Set in the heart of the Somerset hills, Bath is a spa town built around three hot springs: Hetling Spring, Cross Spring and King's Spring.

This water comes from the nearby hills where it flows underground between 2,700 and 4,300 metres below ground. This causes its temperature to rise from 69 to 96°C. Under pressure, the water then rises through geological faults. The Sacred Spring gushes out at the heart of the site at a temperature of 46°C and discharges 1.17 million litres of water per day. 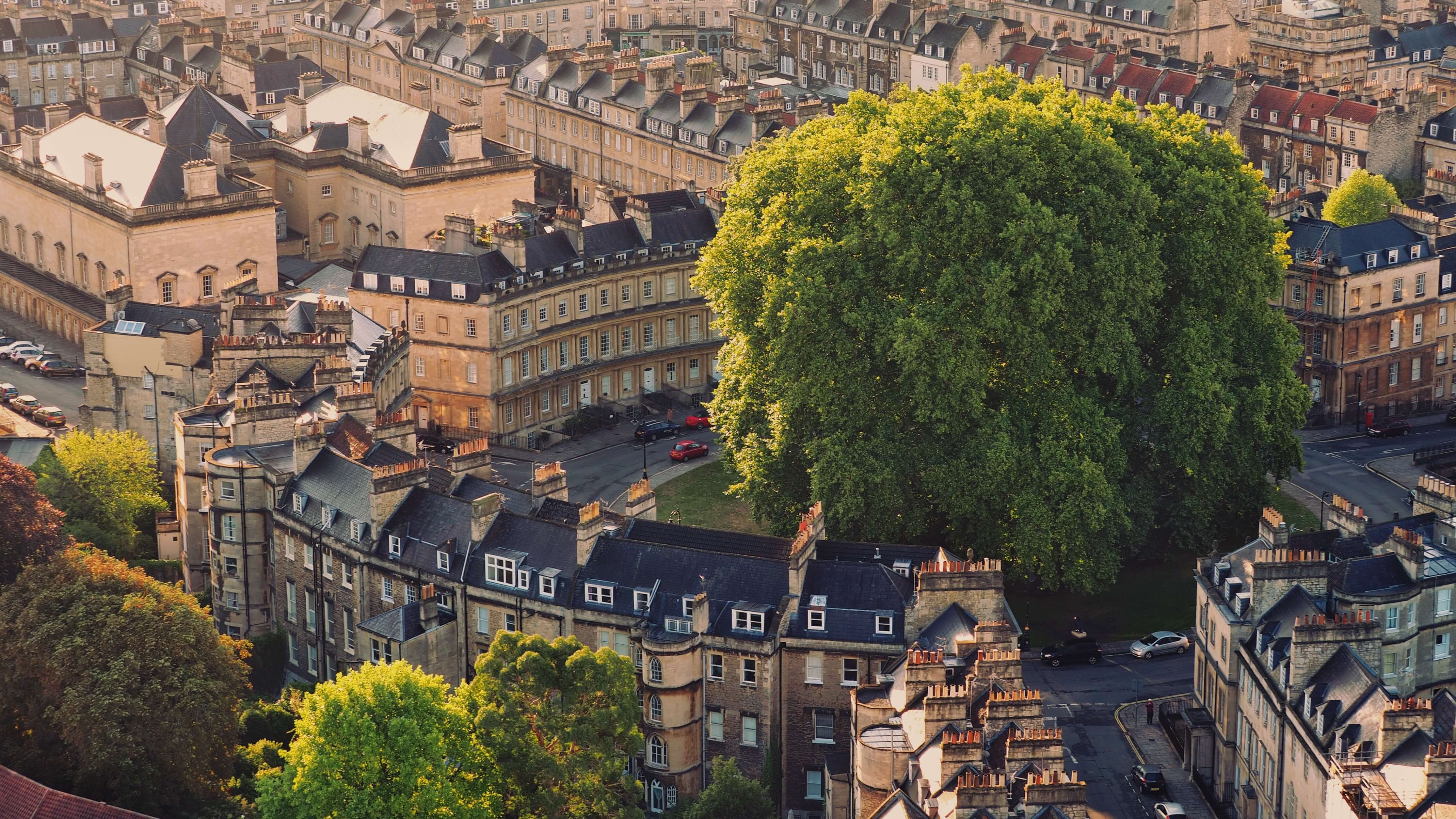 The very first discovery of these springs is attributed by legend to Prince Blalud, son of the Celtic king Rud Hudibras, who was banished for suffering from leprosy. He became a pig farmer and discovered by chance that the hot mud in which his pigs were rolling healed their wounds. So he immersed himself in the hot water and was cured of leprosy. He then became king and founded the city of Bath, then called Caer Badon (Bath City) in 863 BC. This sacred place was then dedicated to the goddess Sulis.

To the Romans, Bath was Aquae Sulis. They named the city after its warm mineral waters and built a complex of baths dedicated to the goddess Minerva. You can still visit the Roman baths today and explore the extensive ruins and treasures of a magnificent Roman temple nearby. 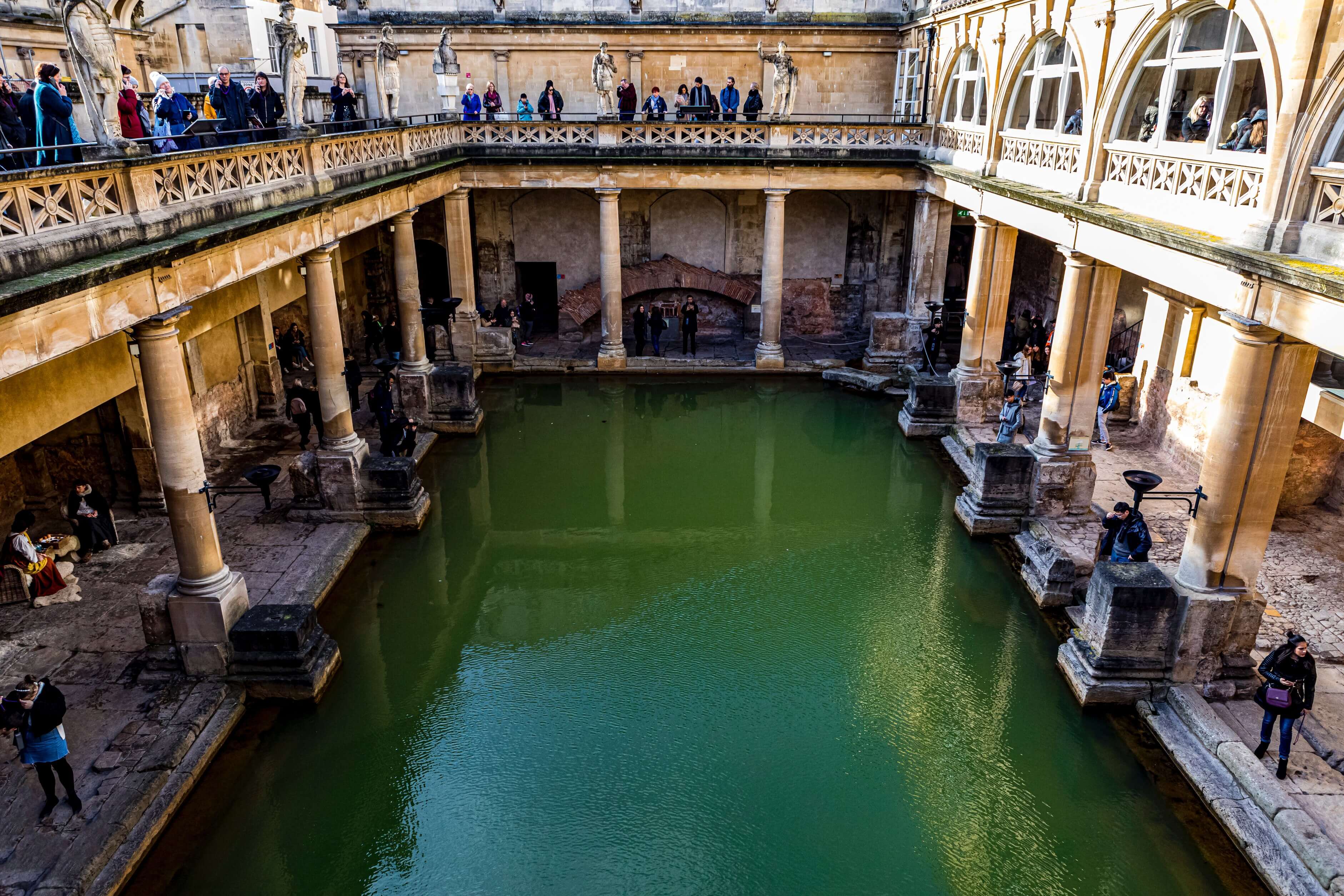 When the Roman Empire fell, the city lost its attractiveness. It was not until the 18th century and King George III that it became a popular spa again. Its nickname of Georgian city was given to it by the nobility who came to take baths.

Bath is also about literature. If you have read Jane Austen's "Pride and Prejudice" or "Northanger Abbey", you will recognise the paths she took, which have not really changed, and the baths she visited. You will follow her heroes in their wanderings. And you will want to go back to her work.

Bath is unique in its architectural unity. Bath stone is used throughout and gives the buildings their honey-gold colour. The talent of the architects John Wood the Elder and John Wood the Younger for the neoclassical style, which can be seen throughout the city centre, is also remarkable.

The city has no less than 5,000 buildings listed for their architecture. You will be impressed by the great Georgian semi-circle of the Royal Crescent, set against the greenery of the Royal Victoria Park. 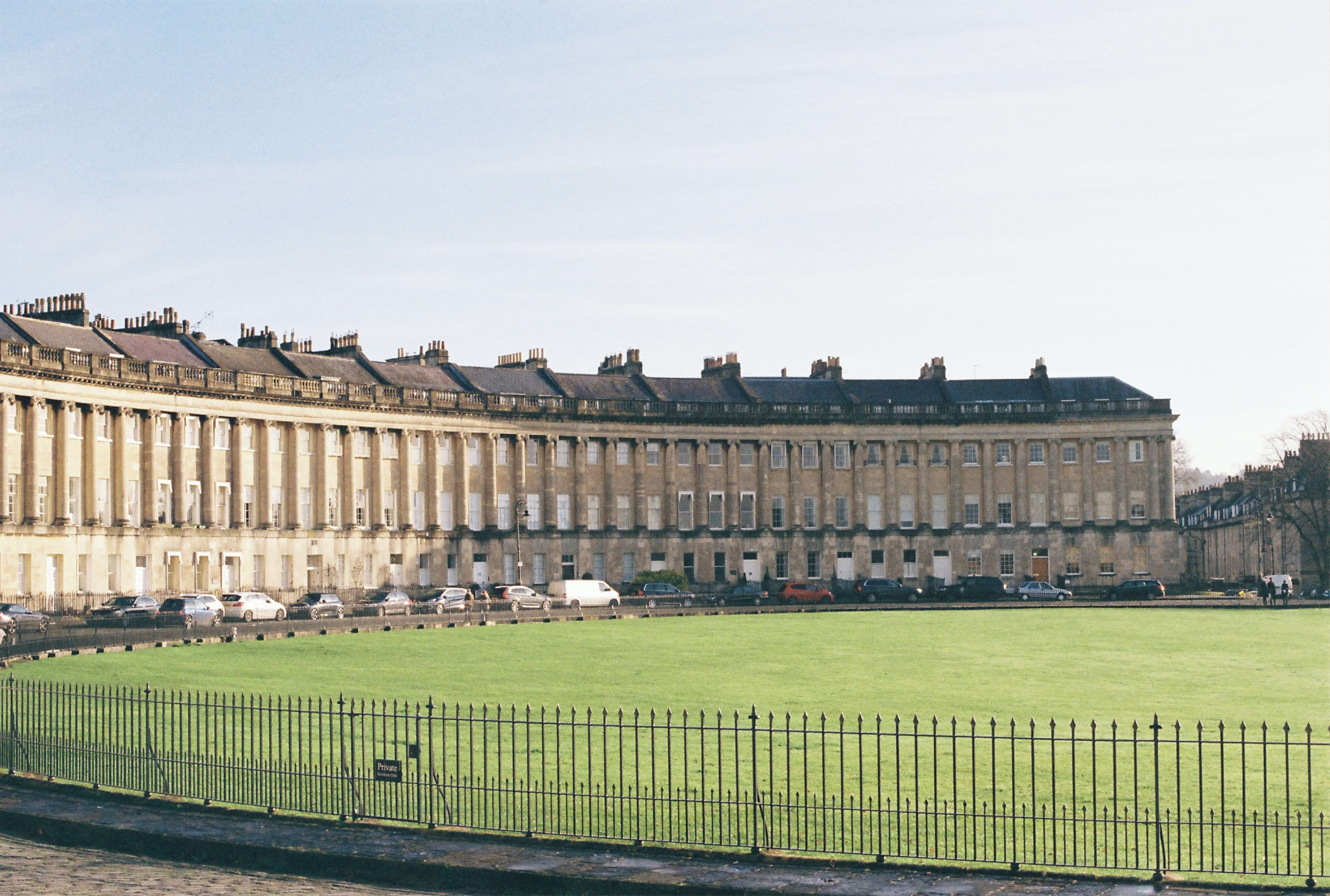 You will also be enchanted by the Museum of Costume, the Abbey and the old streets of the city centre.

There are many pubs, cafes, tea rooms and restaurants to take a break. Bath is a city with a high concentration of students and there are many clubs with great music.

In short, Bath is steeped in history. It is elegant and sophisticated, but also picturesque and colourful. It is harmonious and seamless, authentic and romantic. It represents a slice of very special British charm.

In order to discover all the facets of Bath, Tootbus unveils its new service: Tootwalk. This free experience is available when you hop off the bus.

With a personalised audio tour and information about the area you are visiting, discover Bath through a tailored immersive experience. Commentary is available in English, French and Spanish. The Tootbus application becomes your best companion to discover the city.

Tootbus offers you a walking tour that allows you to take sightseeing and thematic tours in famous districts of the city. This guided tour of Bath’s must-see places is accessible from your smartphone thanks to the Tootbus application available on App Store and Google Play.

This tour is designed as an aid to exploring the city of Bath independently. Perfect to keep your daily stroll busy!

Bath is a city that attracts film and television directors and producers who want to showcase the city's Georgian architecture, manor houses and surrounding countryside.

The city has played host to Hollywood blockbusters such as Les Miserables, The Duchess and Vanity Fair. The 2022 adaptation of Jane Austen's Persuasion, starring Dakota Johnson, is set in Bath, as were the 1995 and 2007 adaptations.

On the TV side, a special episode of Sherlock set in the Victorian era was filmed in the cobbled Queen Street. More recently, the city has been used as a location for The Trial of Christine Keeler and Belgravia.

One of Bath's great roles as a film location is in the hit series Bridgerton. Produced by Shonda Rhimes and narrated by acclaimed actress Julie Andrews, the story is full of romance and scandal and is set in the Regency era. The third season of Bridgerton will air on Netflix in 2023.

In addition, the feature films The Unlikely Pilgrimage of Harold Fry, starring Jim Broadbent, and Wonka, starring Timothée Chalamet, will also be released in 2023. Both used Bath as a filming location.

Discover the world of film and television on this one-hour walking tour. Walk in the footsteps of Benedict Cumberbatch and Reese Witherspoon as you explore the sets of iconic films and TV shows.

To continue your walking tour of the city, discover our selection of activities to do in Bath.

Other ways to discover Bath
Need inspiration to discover more of Bath?
Give me some ideas