Bath is home to many historic monuments which you can explore at your own pace on our Bath Discovery tour. The Roman baths are one of the city's major attractions. Tootbus invites you to discover 10 fascinating facts about these well-preserved baths. 1. The use of Roman Bath

The Ancient Roman Baths contain natural spring water which still flows in the River Avon. The main purpose of the baths was to allow the Romans to purify themselves. Most Romans living in the city went to the bath house every day to cleanse themselves. They used to put olive oil on their skin and then rubbed it with a metal scraper called a strigil.

The baths were also a place for socialising. Friends met at the baths to talk and have meals. Sometimes men held business meetings or discussed politics.

2. Conversations with the Goddess of the Baths

The first sanctuary on the site of the hot springs was built by an Iron Age tribe, the Dobunni, who dedicated it to Sulis, the Celtic goddess of sacred waters and healing. In 43 AD, Britain was invaded by the Romans. They identified Sulis and equated her with Minerva, the Roman goddess of wisdom, arts and crafts.

In 75 AD, the Romans built a religious spa complex on the site, which later became a bathing and social centre called Aquae Sulis, 'the waters of Sulis'. The goddess Sulis Minerva was a hybrid of the Roman and Celtic religions. Regarded as the goddess of justice, people who had their possessions stolen would go to the Roman baths to seek her help in recovering their lost property. The ultimate belief of the Romans was that the goddess Minerva would punish the thief and return their lost property.

Some people addressed the goddess while others wrote a note on a soft lead, folded it and threw it at the source, which was taken by the goddess. She would then read the note and grant their wish by creating a miracle to recover the stolen object.

In addition to justice, she was also honoured as the goddess of healing powers and peace. People turned to her to ask for happiness, peace and good health for their family members and loved ones. People from all over the world, including the Romans, visited her and honoured her with precious jewellery, coins, bracelets and stones.

3. Rediscovered In the 18th Century

After the Romans withdrew from Britain in the early 5th century, the bath complex was neglected and fell into disrepair. Major Charles Davis, the town surveyor, discovered the Roman remains of the baths in 1878. The excavation was carried out after the King's Bath spring had leaked and the floor of the baths had to be explored and tested. It took about two years to uncover and the Roman baths were finally discovered in 1880.

The site was opened to the general public in 1897 and was excavated, expanded and conserved throughout the 20th century. The architects John Wood, the Elder and John Wood, the Younger, father and son, worked on its design. In 2011, the Roman Baths underwent a massive £5.5 million redevelopment to make them more accessible and preserve them for the next 100 years.

4. Presence of numerous artefacts in the museum

As ancient Rome was renowned for its creativity in making unique architecture and objects, many objects have been discovered around the Roman baths. These include precious stones, rings, bracelets, vases, bronze materials and approximately 12,000 coins. All these objects were given by the Romans as gifts in honour of the goddess Sulis Minerva. In 1727, the bronzed head of the sacred goddess Sulis Minerva was also discovered.

5. Presence of Gorgon in the Roman Bath

The entrance to the Roman temple at Bath was designed to resemble the face of a Gorgon. The Gorgon is the monster that resides in the underworld. There were three Gorgons in Greek mythology: Medusa, Stheno and Euryale.

They looked monstrous, with snake-like hair, huge wings, sharp claws and a body covered with dragon-like scales. People were afraid to look at the Gorgons' faces, thinking that looking at them could kill them or turn them to stone. 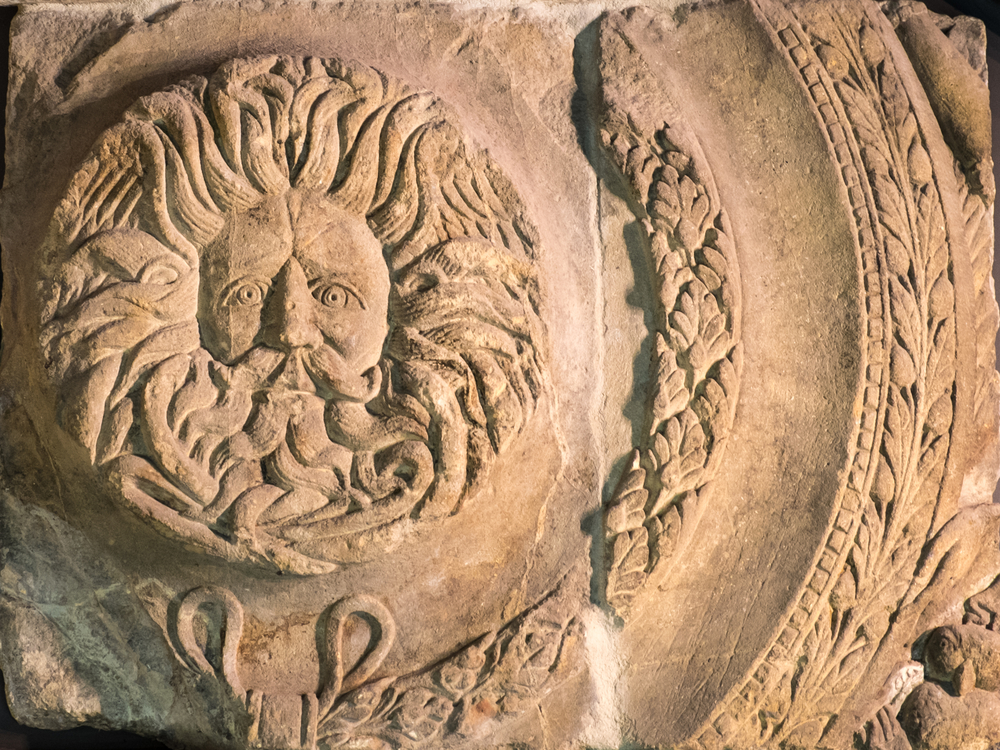 The Laconicum was a small but intense room, with a dry heat that could be turned into steam simply by splashing water. It was one of the most unusual in the Roman bath. It was circular in shape with a conical roof and a circular opening at the top. The special feature of this room was that it allowed visitors to wipe themselves dry.

There was also the caldarium, which is a very hot room. It was heated by an underground heating system. There is also another room called the tepidarium which is located inside the baths. The pools are filled with hot water.

Bladud, son of the King of England, suffered from leprosy which was not cured even after many attempts. However, bathing in the famous Roman bath miraculously cured his leprosy.

The legend made people believe that hot springs had healing powers and that any disease could be cured by bathing in them. King Bladud, pleased with the result, created the city of Bath, where many pools of natural mineral springs were opened. The other reason was the presence of the goddess Sulis Minerva at the baths. She had the power to heal, according to the ancient Dobunni tribe.

The Roman baths were built and opened for the public to bathe and relax. The baths used heated spring water, curing many diseases, cleansing and relaxing the body. However, bathing in the Roman Baths was discontinued at the end of Roman rule in Britain, around the 5th century AD.

The water in the thermal baths is passed through still functioning lead pipes that were installed by the Romans. The quality of the water available is therefore not ideal.

You can still enjoy the atmosphere of the Roman baths at the Thermae Bath Spa, a luxurious thermal spa which opened in September 2004. This is the perfect getaway for modern bathers who want to experience the Roman baths in a historic setting. This famous thermal water contains 43 minerals.

9. Statues of Roman Governors and Emperors

The Roman baths were perfectly designed on all sides. The inner part had a hot spring pool, while the outer part, mainly the terrace, was lined with Victorian statues of Britain's governors and the greatest Roman emperors. The statues include the Roman Emperor Claudius, Emperor Vespasian, Julius Caesar, Emperor Hadrian, Emperor Constantine and the statue of Agricola. These statues were erected in 1894 in preparation for the official opening in 1897.

The original statue of Julius Caesar was vandalised in the 1980s and was redone about 18 years ago. In addition to the emperors, there are also statues of some kings, including King Edgar and King Cole, made in the 15th century. Edgar became king on 11 May 973, while Cole became king in 125. 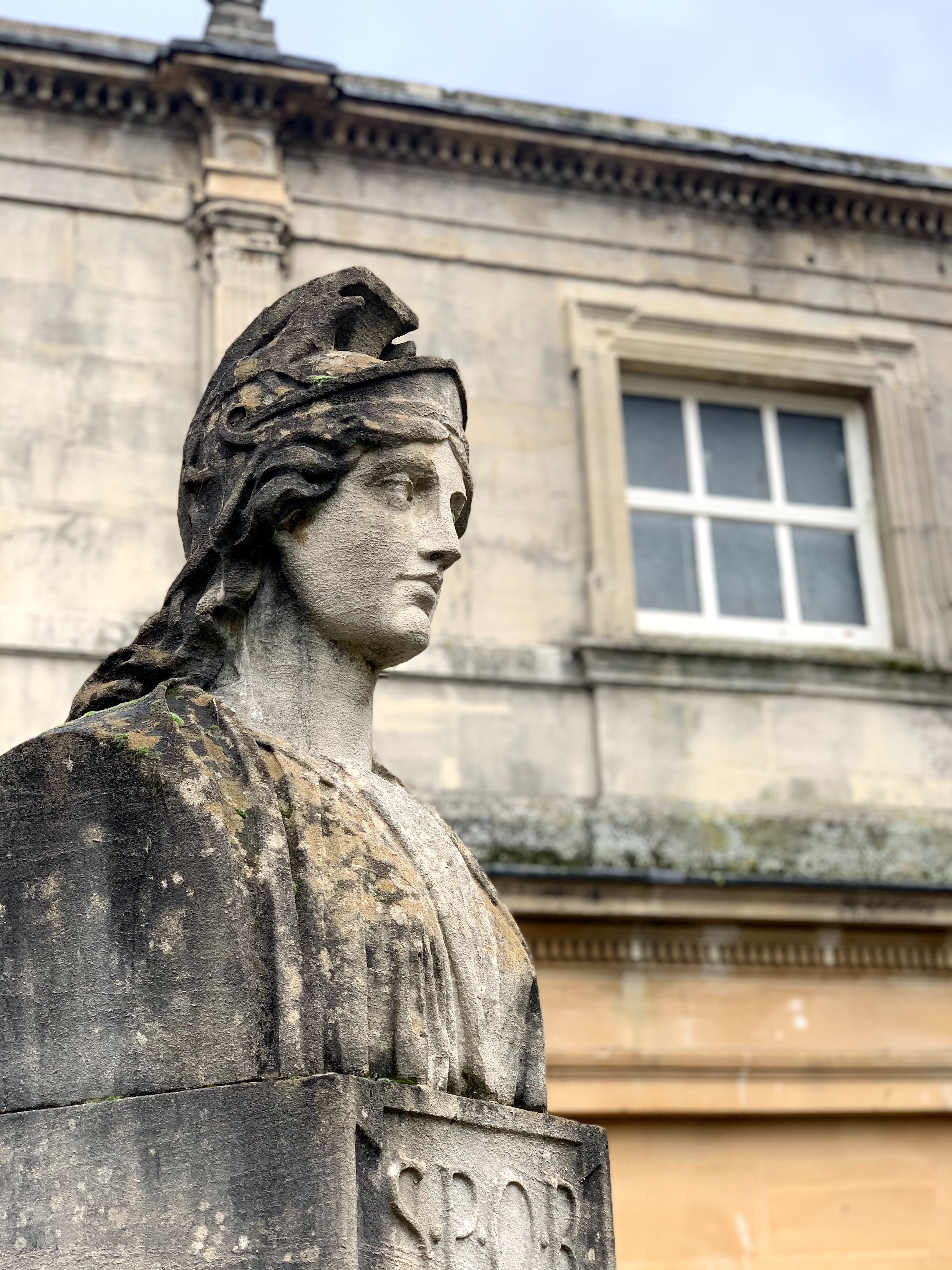 The Great Bath forms the heart of the spa complex. It is a lead-lined pool filled with steaming, geothermally heated water that gushes from the sacred spring at a depth of 1.6 metres. Although it is now open-air, the bath was originally covered by a barrel-vaulted roof 40 metres (130 feet) high.

The Roman Baths remain a major tourist attraction today. Around 1 million visitors come to the Roman Baths each year, making it one of the most visited sites in the UK. Tootbus invites you to discover the various additional attractions in the city of Bath.

Other ways to discover Bath
Need inspiration to discover more of Bath?
Give me some ideas