Enjoy a colourful February holiday by participating in the 24th edition of the Paris Carnival. We reveal the history of this popular Parisian festival, the theme of the festivities, the dates and the route proposed this year.

History of the Paris Carnival

As early as the 11th century, Parisians used to dress up during the Fête des Fous. In the Middle Ages, this pagan event took place at Notre-Dame Cathedral. In the early 16th century, the Carnaval de Paris replaced this large-scale festive event.
The festivities take place in two stages. The Promenade du Boeuf Gras marks the first highlight of the carnival. The procession always takes place on the Sunday before Mardi Gras. After disappearing for 15 years, this promenade appeared again in 1805 and even became the Fête de Paris in the 19th century.
The second highlight takes place a month later. The Women's Carnival, also known as the Fête des Blanchisseuses, takes place on the Sunday following the Thursday of Mi-Carême.
Until the 20th century, the Paris Carnival flourished. However, the ban on confetti and streamers after the First World War hampered the success of the event. The carnival disappeared for more than 45 years (between 1952 and 1998) for political reasons (absence of a mayor in Paris until 1977) and organisational problems (resignation of the Comité des fêtes de Paris).
The carnival and the Promenade du Bœuf Gras made a comeback in 1998 under the impetus of an associative and popular movement. The Fête des Blanchisseuses was also revived in 2008 thanks to the Coeurs Soeurs association. Each year, a different theme is proposed.

Theme of the Paris Carnival 2022

This year, the theme of the carnival revolves around the ancient worlds. It is a free theme where everyone can dress up as they wish. It is not necessary to register in advance.
The Paris Carnival and the Women's Carnival are both free of charge, voluntary, traditional, independent, apolitical and self-managed, non-profit and non-subsidised festivals. The participation in fixed or mobile, on all or part of the route, is done according to the desires of each one. It is therefore possible to join or leave the procession as you wish.
This new edition offers a programme with music and dances, songs, theatrical performances, parades of giants and floats. There is also a circus, street arts and live music. 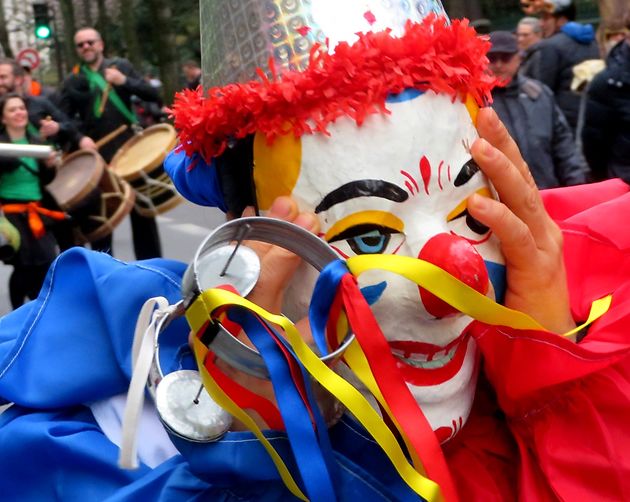 Dates and route of the Paris Carnival 2022

The Paris Carnival Promenade du Bœuf Gras parade will take place on Sunday 27 February 2022. The carnival parade consists of a walk through the city, from Place Gambetta to Place de la République with a cow at the head of the procession. The 24th edition of the carnival procession will have the following route:

To continue your discovery of the capital, we offer a Special Carnival Kids Tour on 26 and 27 February. On this occasion, children are invited to come in disguise. We have some great carnival surprises in store for you!