Renowned for its nighttime folies, the Pigalle district is nevertheless a must-see for tourists visiting Paris. Most places, even the hidden ones, can be visited on foot in this neighborhood spanning into the 9th and 18th arrondissements. From the Boulevard de Clichy to the Boulevard de Rochechouart, here are some walking tours to live Pigalle.

Paris along the Seine river

Ah, Paris. For centuries, the City of Light has been the dream destination of sweethearts and all those who love French culture and lifestyle. It is widely considered to be one of the world’s most beautiful cities, and once there it’s impossible to keep from falling under its spell. The magic of its great historic monuments guarantees you an unforgettable trip through time. Experience the allure of the Haussmann-style buildings, one of the city’s signature characteristics. Delight in the authentic, picturesque atmosphere of the cobblestone streets in Montmartre or the Marais. Enjoy a glass of wine on a balcony overlooking the rooftops. Explore the city by night like Hemingway for a Midnight in Paris-style adventure, losing yourself in ancient times.

Visit the bridges of Paris

Our beautiful French capital has dozens of bridges over the Seine, 37 to be more precise. There are many others, whether they pass over the canals or over the peripherals or they that still serve as pedestrian footbridges. Each one has its own history and makes the charm of Paris.

All you need to know about Père Lachaise cemetery

The largest Parisian cemetery located in Paris’ arrondissement, is the capital’s cult and ineludible place. More than 60,000 people rest there including many celebrities and historical people. The Père Lachaise cemetery houses the tombs of Molière, Oscar Wilde and Jim Morrison.

Paris sometimes looks a little like Swiss cheese. Between the metro, the sewers and other tunnels, the capital city seems to have several different levels. In fact, the entire southern part of the city is crisscrossed by a very specific underground network that is known throughout the world as the Paris Catacombs. These former quarries were transformed into a municipal ossuary in the 19th century, and is quite a fascinating network of tunnels filled with skeletons and skulls! Learn all there is to know about visiting the Paris Catacombs.

Nights out in République and Oberkampf district

We’ve already done a general guide to nights out in the Latin district. Of course, it goes without saying that there are also other places you can go to enjoy an evening out in Paris. Today, we’re taking a look at Oberkampf and République, which as well as being one of Paris’s liveliest areas are particularly well-known for their various bars. So get ready to discover what you can expect to find in the evenings in and around Oberkampf and République.

Do you really know the Basilica of Sacré-Cœur in Montmartre?

One of the most iconic monuments of Paris, the Basilica of Sacré-Cœur sits at the top of Montmartre.

Get some height! Marvel at the Seine, Notre-Dame or the Eiffel Tower from the upper deck of our open-air, double-story buses. Breathtaking views guaranteed! With a single Pass, hop-on and off wherever and whenever you like, from our Paris Iconic Route.

All about the Grand Palais

Located in the heart of Paris on the Avenue des Champs-Élysées, the Grand Palais is an iconic monument of Paris. Built for the Universal Exhibition in 1900 and dedicated “by the French Republic to the glory of French art”, it was designated as a historic monument in 2000.

10 Fascinating Facts about the Eiffel Tower you should know

On arrival in Paris, tourists who have never previously set foot in the French capital dream only of one thing: admiring the place nicknamed “the Iron Lady”. 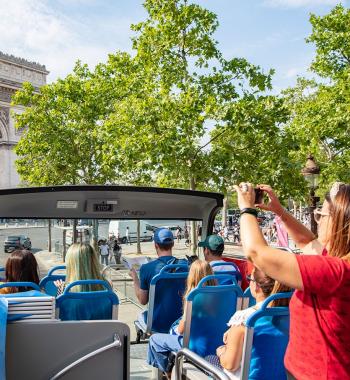 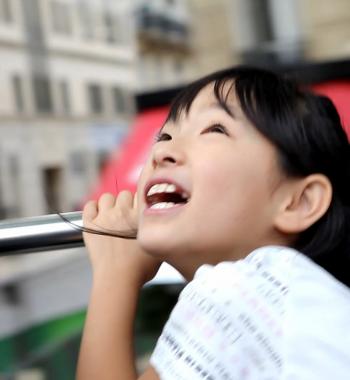 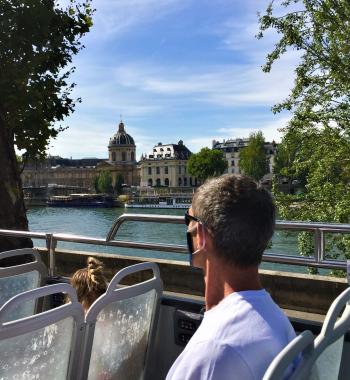 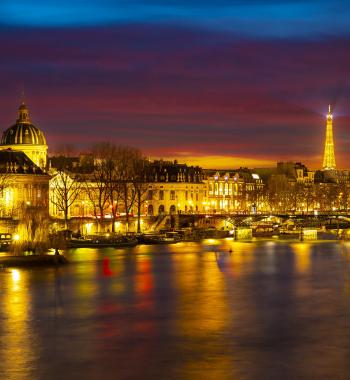 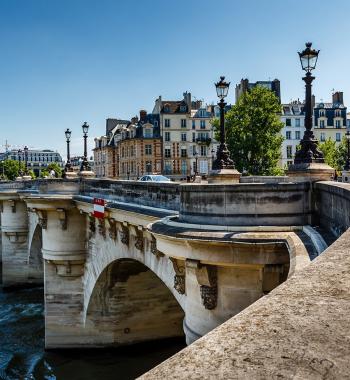 Download our App and explore the city like a local:
Import your pass ready to scan
Prepare your journey by checking our itineraries
Find the nearest bus stops and monuments on our interactive map
Locate buses in real time
Discover the secrets of the must-see landmarks with our audio guide commentaries