Everything you need to know about the Tower of London

Built by William the Conqueror near the end of 1066, the Tower of London has been used as a royal residence, a treasury, an armoury, a zoo, the Royal Mint and the home of the Crown Jewels. Take a look at this top attraction and discover everything you need to know about it. How old is the Tower of London's prison?

The Tower wasn't originally built as a prison, although it became convenient to keep state prisoners there due to it being near to the courts of Westminster. Since 1066 only 22 executions have taken place in the Tower of London with the last of these taking place in 1941. One of the most famous inmates within the Tower was a young Princess Elizabeth who was imprisoned by her half-sister Mary I who feared Elizabeth was plotting against her. Elizabeth arrived at the Tower in March 1554 and entered through the Traitors' Gate, and was released into house arrest in May 1554 after a lack of evidence.

When was The White Tower built? 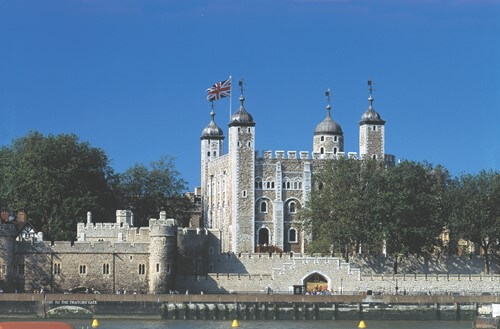 The White Tower, which gives the entire castle its name, was built by William the Conqueror, Duke of Normandy in 1078. The rest of the Tower of London was built around the White Tower within two concentric rings of defensive walls and a moat. There have been several phases of expansion over the years mainly under King Richard the Lionheart, Henry III and Edward I in the 12th and 13th centuries. The castle has three 'wards' which are the innermost ward, inner ward and the outer ward.

The White Tower is the strongest structure and contained lodgings for the King or his representatives and has been described as 'the most complete 11th century palace in Europe'. Not including its projecting corner towers, the White Tower measures 36 by 32 metres at the base, and is 27 metres high (about the height of 6 double decker buses stacked on top of each other)

At the top floor of the White Tower sits a Torture at the Tower which still has its original executioner's block of the 18th century, with an accompanying axe from the Tudor times. These were wrongly labelled as implements used to behead Anne Boleyn, as she was actually beheaded by sword in 1536 for treason against Henry VIII. There's a myth that she still walks around the tower with her head under her arm! The White Tower basement was the site of torture and interrogation for prisoners including Guy Fawkes and the Jesuit Priest John Gerard.

Did the Tower of London really have a zoo?

Founded by King John in the early 1200s, for over 600 years there was a royal menagerie in the Tower of London which was filled with exotic animals given as royal gifts. The first animals to arrive in the Tower of London were lions, an elephant and a polar bear. Later animal occupants were tigers, kangaroos and ostriches! In 1835 the menagerie was closed by the Duke of Wellington with the animals becoming the basis for London Zoo in Regent's Park.

How big is the Tower of London?

The Line of the Kings exhibition within the White Tower hosts an extensive collection of arms and armour, and is one of the world's longest running tourist attractions. Established in 1652 the collection includes weaponry from medieval times to the end of the 19th century.

The inner ward of the Tower of London was created during Richard the Lionheart's reign with the castle's size being doubled as a result of a moat being dug to the west of the innermost ward. The ward's east and north walls were created by Henry III.

Within the inner ward there is a hexagonal wall where there are 13 towers present which are Bell, Beauchamp, Devereux, Flint, Bowyer, Brick, Martin, Constable, Broad Arrow, Salt, Lanthorn, Wakefield, and the Bloody Tower.

The outer ward of the Tower of London was created during Edward I's extension to the Tower which narrowly encloses the surrounding castle. This ward is defended by a second wall, with six towers facing the River Thames.

What are the Crown Jewels?

The Crown Jewels are 140 royal ceremonial objects which are kept in the Tower of London and include regalia and vestments worn by British Kings and Queens for their coronations and have been a symbol of 800 years of the monarchy. The Tower of London has been home to precious jewels since William the Conqueror with there being over 23,500 currently housed there. The value of the jewels including their worth to the Monarchy is over £25 billion, although the actual value is priceless. It's still officially a royal residence of Her Majesty The Queen. Within the Tower there is a house onsite called 'The Queen's House' which she may live in if she wishes

Is money still made at the Tower of London?

The Mint at the Tower of London made the majority of the country's coins for over 500 years. The Mint was installed by Edward I (1272 - 1307) in c1279 and up until 1810 most of the coins of the realm were made there in a dedicated area that became known as Mint Street. If you were guilty of tampering the coins you'd receive the threat of horrific punishments given that it was an act of treason.

What does Beefeaters mean? 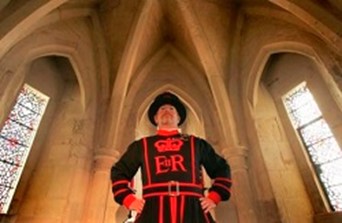 The Tower of London is guarded by The Yeoman Warders, also known as 'Beefeaters' and who are selected for their meritorious service to the Armed Forces. Legend has it the nickname 'beefeater' comes from their position in the Royal Bodyguard which permitted them to eat as much beef as they wanted from the king's table. Yeoman Warders are a detachment of the 'Yeoman of the Guard' and they have formed the Royal Bodyguard since at least 1509, with their origins stretching back to the reign of Edward IV (1461 - 83). Each of their uniforms costs over £5,000 and includes gold thread. Every evening at 9.53pm a ceremony takes place to lock the Tower of London with the ceremony keys.

Each beefeater is aged between 40 and 55 years old on appointment and all of them get a Beefeater Gin Bottle on their birthday. New Yeoman Warders are 'sworn in' as part of a centuries-old ceremony. Afterwards they drink and toast a port served in an 18th-century pewter bowl. The Chief Yeoman Warder will toast all new recruits with the words 'may you never due a Yeoman Warder'. The origins of the toast can be traced back to the early 19th century where the post of a Yeoman Ward was being sold for 250 guineas. This amount would be returned to the Yeoman Warder when they retired, however, if the Yeoman Warder had died in their post, the Constable inherited it all! This purchase system was abolished in 1826 by the Duke of Wellington.

One aspect the Tower is known for is its ravens. The old saying goes 'If the ravens leave the Tower, the kingdom will fall!' Today there are seven ravens who live there; Harris (Male), Merlina (Female), Munin (Female), Rocky (Male), Gripp (Male), Jubilee (Male), and the sisters Erin and Hugine.

They're looked after by the Ravenmaster who has to be a Yeoman Wander before he or she can be appointed. The final deciding vote on who's appointed the Ravenmaster is made by the ravens themselves! The current Ravenmaster Chris Skaife was fascinated with ravens so the previous Ravenmaster Derrick Coyle put Chris in the cages with the ravens to test their chemistry. Chris had to study for five years under Derrick before taking over the job. The duties of the Ravenmaster include letting them out at first light, feeding them and cleaning their cages. The ravens eat roughly 500 grams of meat a day which comprises of mainly chicken and mouse, and are out during the day before being put to bed at nightfall. The ravens have been known to escape although their wings aren't clipped, they're unbalanced a little.

What events have gone on in the Tower of London? 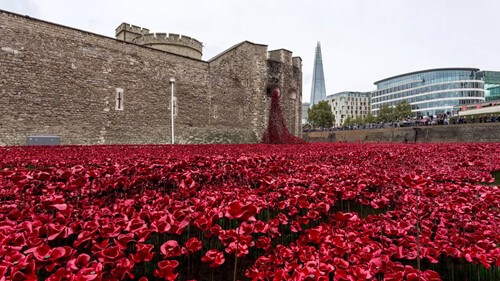 The Tower of London was added to the UNESCO list of World Heritage Sites in 1988 as recognition of its global importance and to help conserve and protect the site.

To mark 100 years of Britain's involvement in the First World War in November 2014, 888,246 ceramic poppies were installed as a major art installation known as Blood Swept Lands and Seas of Red.

In September the Tower of London hosts its annual food festival with tasty food and drinks from street food dishes, to ales, gins and snacks. There's kids' entertainment, musical performances in the bandstand with live cooking demos from chefs. 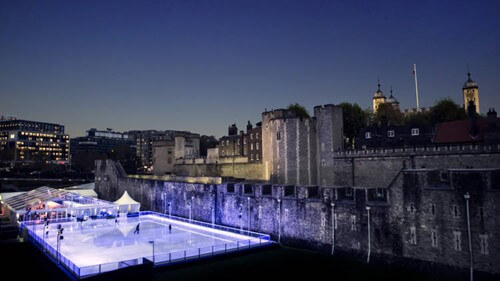 From November to January each winter the dry moat at the Tower is turned into a dazzling ice rink for skaters to enjoy the wonderful London views. After you've shown off your skating skills, you can tuck into delicious food and refreshing drinks with special events also put on to increase your fun experience.

When's the Tower of London open?

Open usually from Wednesday to Sunday (10.00am - 18.00pm), but opening days and hours may vary. Please take a look at their website for more information. To visit, hop-off at stop 5 on our Must See London Tour where the Tower of London is located!